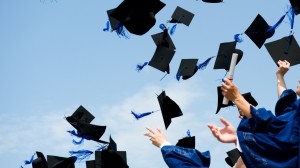 If you’re an educator who uses social media or visits blogs about education, then chances are you heard about it. Hashtags were trending, the blogosphere was abuzz, Memes were all over (and mustached) at ISTE 2012.  The dawn of the Edubro had arrived and we all bore witness.

Provenzano and Tim Gwynn started the #EduBro as a way to bring people together at ISTE 2011. They continued the hashtag and it gained popularity culminating with the two inviting Sir Ken Robinson, an international advisor on all things education and general superstar, to join them at an event the two were planning for ISTE 2012. It started off as a bit of a joke, but the two were shocked when Robinson responded via twitter to their invite. He declined, but EduBro was getting some serious attention.

Contrary to what Provenzano said in a recent post on his blog, “The Nerdy Teacher”, the EduBros are a VERY big deal. Provenzano points out the fact that the two were able to get #EduBro to trend worldwide, and their influence was felt by thousands as positive outcomes, but he fails to recognize some other rather large implications of the idea of EduBro.

According to The National Center for Education’s Profile of Teachers in the U.S. 2011 the teaching profession is predominately comprised of female educators. The study showed a decrease in male teachers to just 16% in 2011 from 18% in 2005.

The EduBro notion is important to education because it shows young male teachers that there are valued and influential men in this profession. For years we have heard about the importance of male role models in the lives of American students. Perhaps many more young men might consider becoming a teacher if they knew ahead of time that they could experience similar end results with hard work and dedication

In the recent weeks the EduBro hashtag has all but disappeared from the twitterverse. I think it’s important to revitalize it, to make it as present as any of the other educational hashtags. At first glance it can easily be dismissed, waved off because of its comedic tones, but who ever said that education has to be serious all of the time? Some of the best lessons begin with a laugh.